If you want to be in the know about dementia and memory wellness, you’ve come to the right place.

Be sure to check back regularly to get our latest news updates. 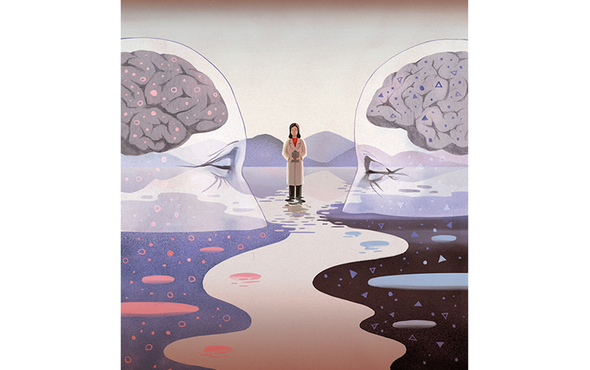 Unfortunately, most studies of Alzheimer’s risk combine data for women and men -- which locks up valuable discoveries about the disease. So some researchers are calling for greater analysis of research data by gender. 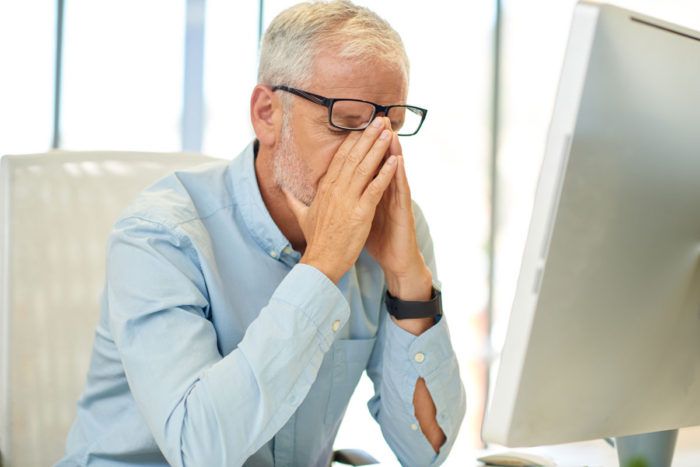 Family caregivers perceive their sleep as poor, but researchers measured the quality of their rest and found the reality far worse. 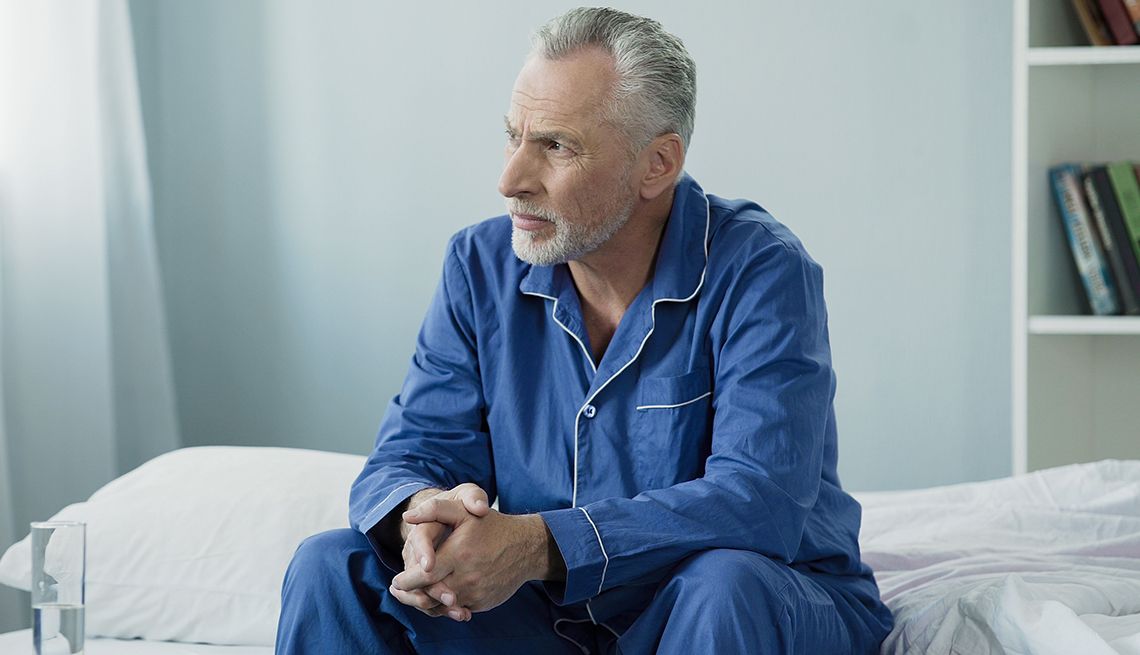 Socialization is a key tenet of The Ivey's care model -- and for good reason. More older Americans are suffering from chronic loneliness, and the long-term health risks can be deadly. 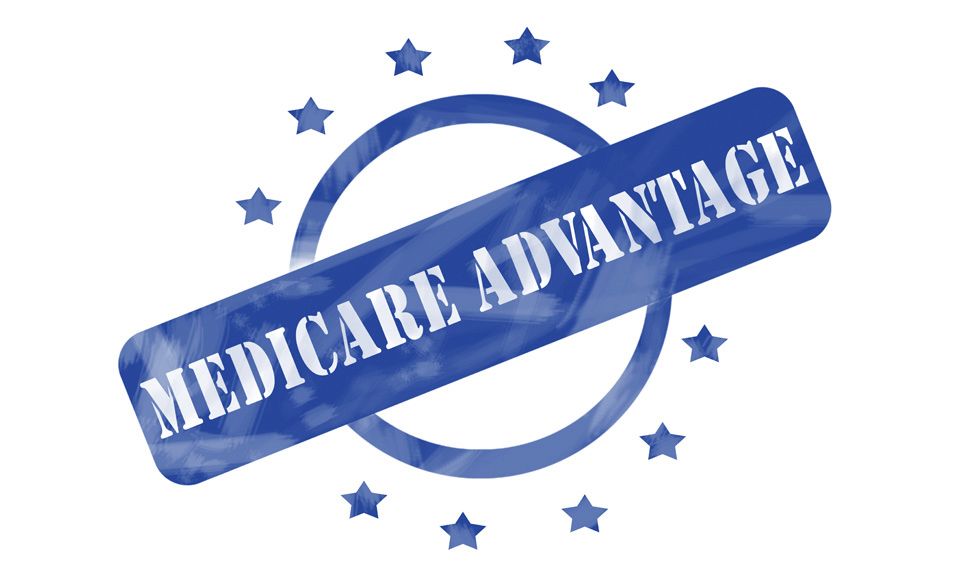 What You Should Know About Coming Changes to Medicare Advantage

For decades, many have lamented the narrow, often counterproductive rules of Medicare Advantage. But now, plans will soon be allowed to cover adult day care, home modifications and other new benefits. 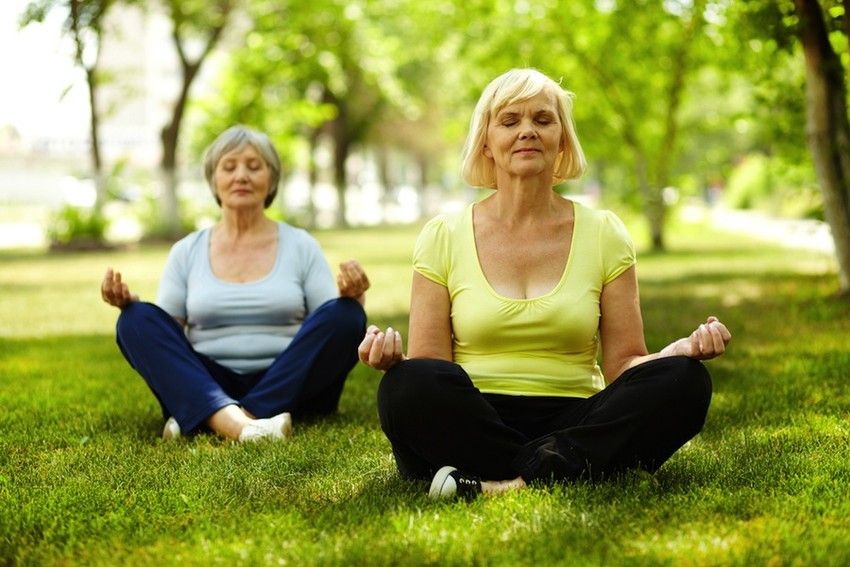 Turns out, the benefits of yoga may extend beyond bringing stress relief to family caregivers. A recent study showed that a form of yoga meditation called "Kirtan Kriya" improved cognitive function and may protect women against the development of Alzheimer’s disease. 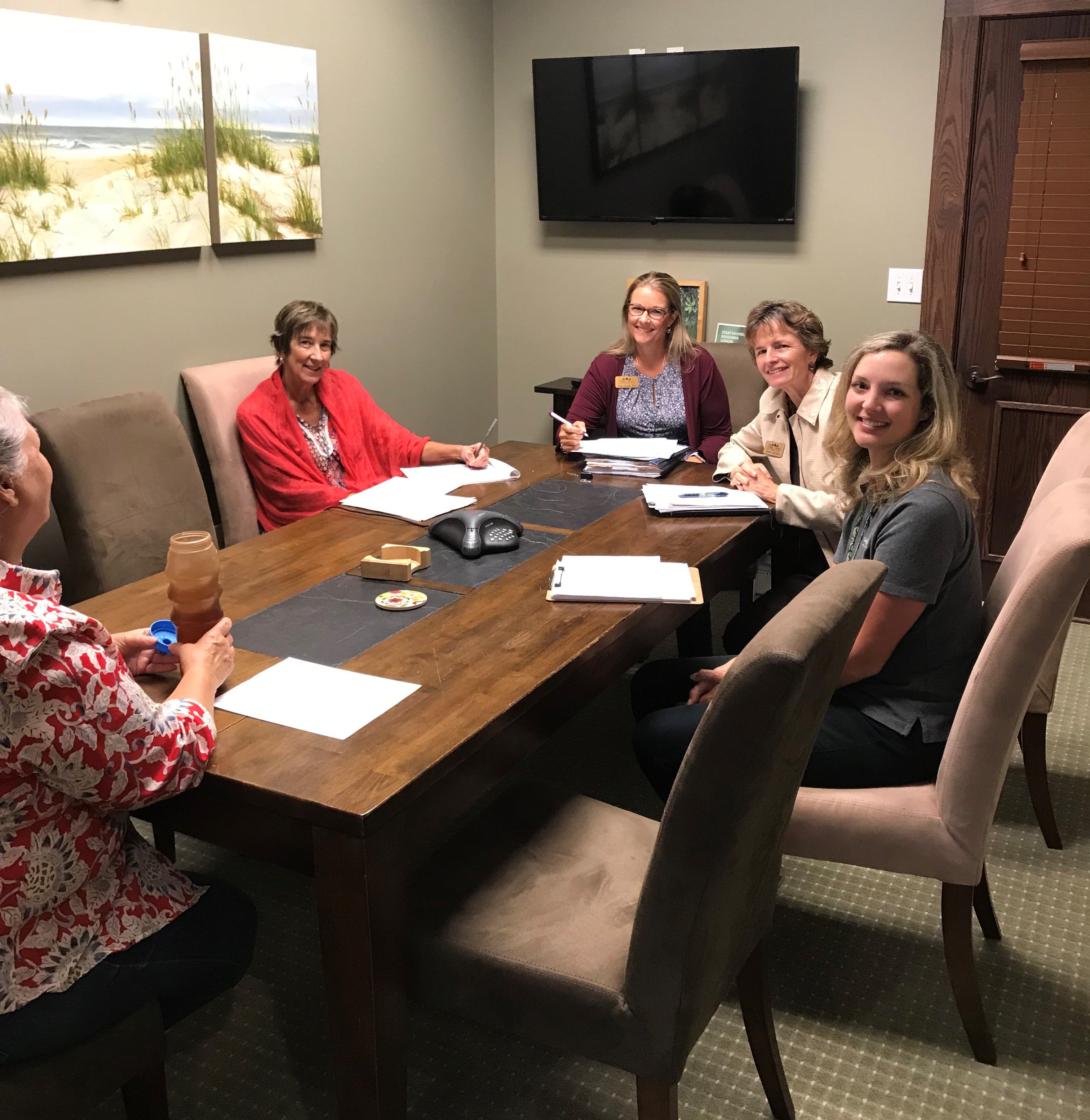 In the eyes of doctors, The Ivey's team-based model of family support is proving the best hope for true quality of life for families on the dementia journey. 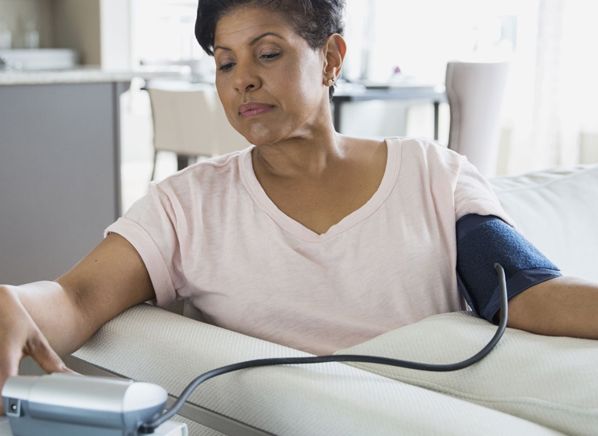 Study participants with higher blood pressure were shown to feature more tau tangles, which is one of the signs of Alzheimer's disease. 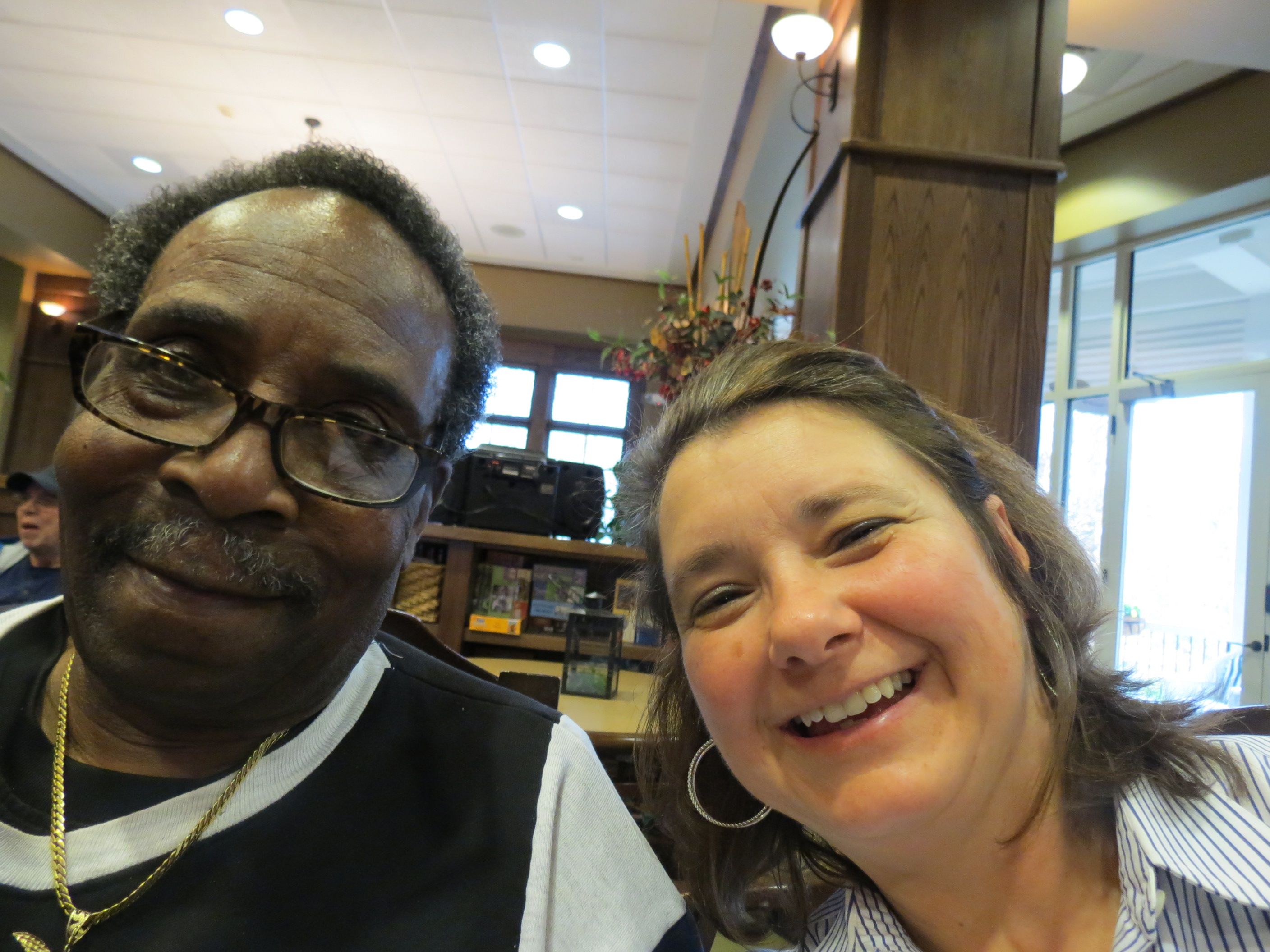 Can a Positive Attitude About Aging Help Protect Cognition?

A recent study from Yale University explores how having positive attitudes about aging may help protect cognition in older people and even reduce the risk of dementia. 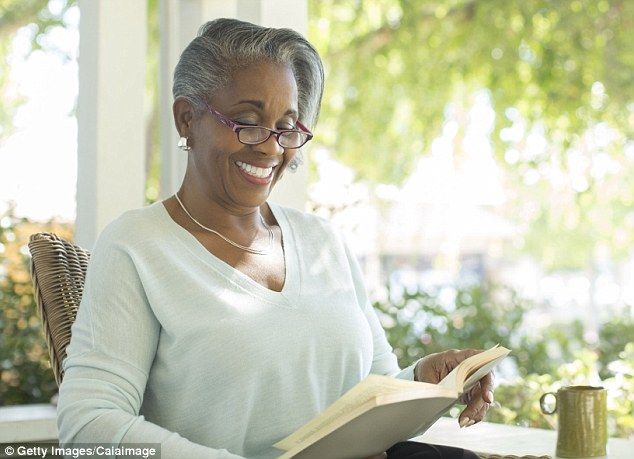 A new study suggests that maintaining healthy vision may slow down cognitive decline in older people. 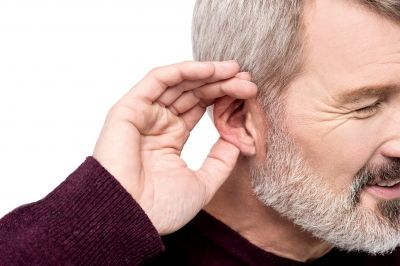 Hearing Loss as a Risk Factor for Dementia

In line with The Ivey's wellness approach to dementia care, a recent commission on dementia prevention and intervention identified hearing loss in mid-life, as well as low social contact later in life, as modifiable risk factors for dementia. 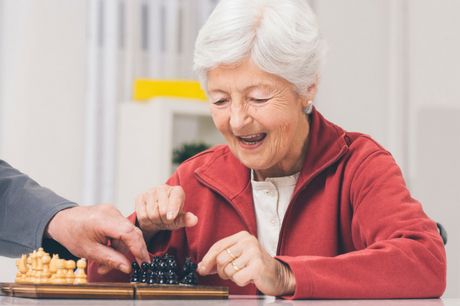 For over a decade, The Ivey has built a model of dementia care around lifestyle interventions. Recently, yet another study is supporting this approach. 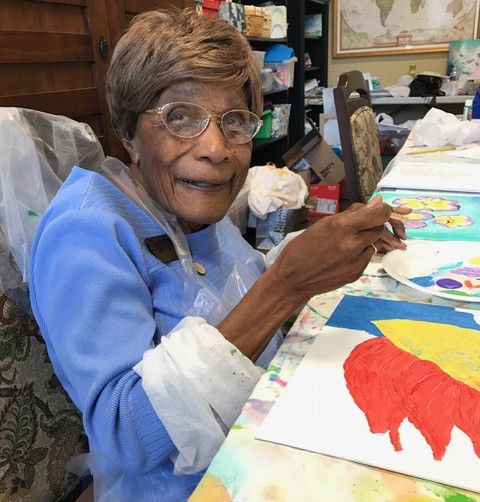 The Case for "Creative Aging" Programs

If you could take a blood test to detect dementia well before physical symptoms presented themselves, would you? Perhaps it depends on if effective intervening therapies are available.

Budd Haeberlein, vice president of clinical development at Biogen, believes they can deliver a treatment to the millions of Alzheimer’s disease patients and their families who are waiting.

Caregivers must focus on their own needs, take time for their own health, and get support and respite from caregiving regularly to be able to sustain their well-being during this caregiving journey.

A neurologist is breaking down myths and providing some hope for people with Alzheimer's disease, defining the illness as a kind of spectrum disorder.

What if You Knew Alzheimer’s Was Coming for You?

Do you want to receive potentially alarming news about your cognitive health, or would you rather not? Scientists say they are on the cusp of developing blood tests that could detect the earliest signs of Alzheimer’s damage in people in their 40s and 50s who have no obvious symptoms.

It's one of the holy grails of science: a cure for Alzheimer's. Currently, there is no treatment to stop the disease, let alone slow its progression. Recently, billionaire Bill Gates has announced his commitment to changing that.

The Ivey is committed to staying abreast of the latest discoveries in the race to cure Alzheimer’s disease. Recently, a critical molecule in the neurodegenerative disease was finally mapped. A new study published this month in Nature marks a key …

Researchers discover what may be earliest stage of Alzheimer’s disease

For years, The Ivey has been preparing for a progressive increase in families needing support — and for good reason. A new study suggests that Alzheimer’s disease begins destroying the brain years before mental deterioration is detected. This finding means …

Our Cultural Arts Therapy program is a foundational part of The Ivey’s model of care. Hence, we adore this latest creation by dedicated Alzheimer’s advocate, Maria Shriver: “Color Your Mind,” a coloring book she developed in collaboration with neurologists, psychologists …

A 1-Hour Walk, 3 Times a Week, Has Benefits for Dementia

Our founder, Lynn Ivey, had the foresight to build a walking path around The Ivey’s mountain lodge-inspired building. And for good reason. As recently reported in The New York Times, a new study published in April in the British Journal …

Rudy Tanzi, Ph.D., director of the Alzheimer’s Genome Project and a leading researcher in the field at Massachusetts General Hospital and Harvard Medical School, summarizes some of the things people can do right now to help protect their brain from …

The importance of eye care for people with dementia is highlighted

Home-based occupational therapy may help reduce behavioral problems in dementia patients, resulting in a decrease in the amount of informal care needed and easing the burdens of caregivers, according to a new French study published in the …

Breakthroughs in understanding dementia are leading to new healthcare approaches. Nutrition, lifestyle, and sleep may be the keys to prevention. by Michael Dregni Some days, Greg O’Brien doesn’t recognize his wife. Other days, he mistakes his family or his friends. …

Scientists peered into the brains of mice and saw something about Alzheimer’s they hadn’t seen before. By Sarah DiGiulio As many as 5 million Americans are living with Alzheimer’s disease today, and that number could more than triple by 2025. …

A Closer Look at Cognitive Function and Nutrition

‘Weight may accelerate aging of brain,’ studies show By Brigid Titgemeier, MS, RDN, LD In functional medicine, Alzheimer’s disease is often referred to as type 3 diabetes because studies show that glucose intolerance leads to an increased risk of developing …

Caffeine May Prevent Alzheimer’s and Other Dementias

Your morning cup of joe may have effects that reach beyond getting you alert and ready for the day. Researchers at Indiana University identified 24 compounds that can increase the brain’s production of an enzyme that could …

Research finds distinctive language deficits in people with mild cognitive impairment, a precursor to dementia by Hannah Devlin Rambling and long-winded anecdotes could be an early sign of Alzheimer’s disease, according to research that suggests subtle changes in speech style …

Prolonged Sleep May Be Early Warning Sign of Dementia

A young caregiver speaks up!

What it’s like for a cheerful caregiver shouldering the responsibility of a family member living with Alzheimer’s. You won’t believe it!