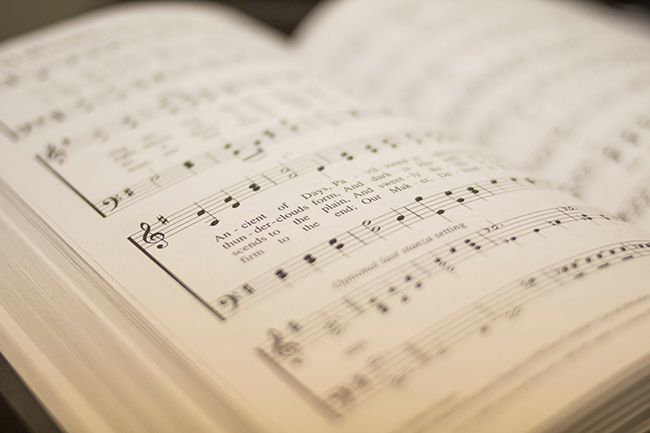 It was Christmas Eve 2005 in Wilmington, NC at my parents’ church, my childhood church, the same church that I had spent every Christmas Eve of my life.  However, this one would be different and one never to forget.

The hymn was a familiar one for everyone, at least the first verse was one we would all know.  The rest of the verses generally required that most would need to follow along in the hymnal or on the printed program for Christmas Eve services.

But not my Mom!  She knew all the words to every verse and kept up in tune just as she had for many years when she was in the choir of that very church.  How was that possible?  She was living with Alzheimer’s disease and doesn’t that zap memories, short-term at first, then long-term?  I had to learn more!

So, here is what I learned:  Musical knowledge is stored as procedural memory, which is associated with routines and repetitive activities and as a result, tends to remain largely intact during Alzheimer's. The Mayo Clinic explains “Musical memories are often preserved in Alzheimer's disease because key brain areas linked to musical memory are relatively undamaged by the disease.”  This is why Glen Campbell, late in the disease process, was still able to play guitar and more recently, why Tony Bennett can still sing the words of songs.

This is also why 10 years after my mother passed away and my Dad had entered his final few years also living with dementia, he and I could sing together (via Skype as I didn’t know about ZOOM) his favorite songs “God Bless America” and several hymns.  Just like my mother, he could sing all the words and carry the tune beautifully.  (I didn’t inherit the trait of carrying the tune very well.  Glad I have my day job!)

Ultimately, The Ivey would make music one of its cornerstones because, I learned, music is the ultimate connector.  Over the 13 years since The Ivey opened in 2008, I have observed how listening, singing, and dancing to music brings out the life in all who have graced our doors.

As I was writing this blog today, a You Tube video popped up featuring Aretha Franklin and Tony Bennett in a 2011 recording of “How Do You keep The Music Playing”.  Ironic?  Synchronistic?  Or just a reminder that music will always be a hymn in our heart.  So, sing along next time you hear a familiar song, whether a hymn from church, the theme song from an old favorite TV show, or the great dance songs you turn up on the radio.    You won’t forget it.